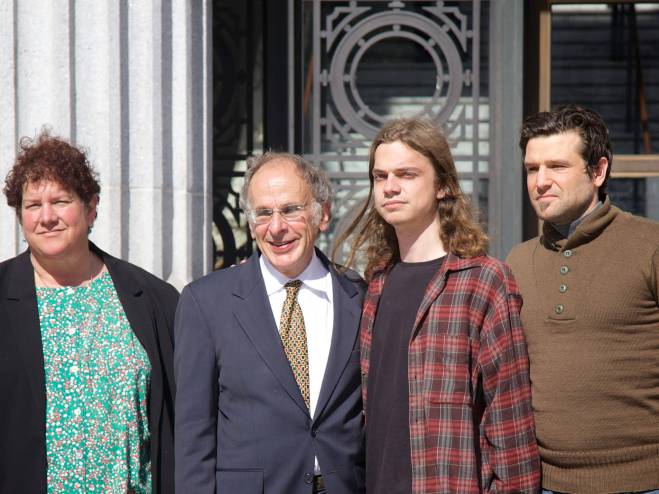 As Mr. Olsen lay on the pavement critically injured and bleeding from the head in full view of a line of police officers who were only feet away from him and as concerned protestors ran to his aid, an Oakland Police Officer threw a flashbang-like CS Blast grenade in close proximity to Mr. Olsen and the people who were trying to help him.  The grenade exploded close enough to Mr. Olsen to burn his shoulder as he lay helpless.  Civilians were finally successful in carrying Mr. Olsen to safety and transported him to the hospital for emergency medical treatment.  In violation of OPD’s own policies, not a single law enforcement officer made any effort to obtain medical aid for Mr. Olsen, even though he was shot directly in front of numerous officers.

In an independent investigation commissioned by the City of Oakland, former Baltimore Police Commissioner Thomas Frazier found that “the fact that no law enforcement officer, supervisor, or commander observed the person falling down or prostrate in the street during the confrontation was unsettling and not believable.”