Rachel quoted in: “State High Court to Cops: No, You Can’t Charge $3,000 for Body Camera Videos” 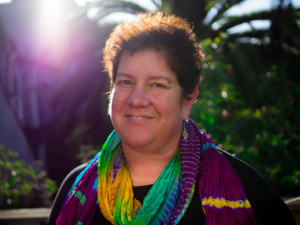 KQED article on the May 28 California Supreme Court decision

“. . . . The ruling is much more than an affirmation for those advocating for increased access to public records, and its reach goes far beyond Hayward’s body camera videos from 2014.

‘As we see from the police killing of George Floyd in Minneapolis just this week, and other killings, police violence is as much of an issue today as it was in 2014 when we requested this body camera video,’ said Rachel Lederman, a civil rights attorney and former head of the National Lawyers Guild’s Bay Area Chapter. ‘This is a great ruling.’

It’s likely to change the landscape regarding access to police body camera footage and other internal law enforcement files that must be released under two recent state laws that grant broader public access, Senate Bill 1421 and Assembly Bill 748.

The laws both took effect last year. SB 1421 requires police agencies, for the first time in 40 years, to provide records from internal investigations into serious uses of force by law enforcement officers. It similarly requires police agencies to disclose records from misconduct investigations involving allegations of sexual assault and dishonesty against officers. Those investigations often include multimedia files, including audio recordings of interrogations and video from surveillance cameras and body cameras.

Over the past year, many law enforcement agencies have provided those files at reasonable or no cost. But some have not.

Citing the provision of state law at issue in the National Lawyers Guild case, Bakersfield quoted a cost of $110.36 per hour of multimedia content, estimating that each shooting case contained an average of 15 hours of audio or video files. Therefore, obtaining video from any incident would cost requestors an estimated $6,621.60, or more than $250,000 just for the shooting cases. The news organizations could not afford to pay, and the files remain hidden from public view.

The Supreme Court ruling Thursday appears to prohibit that charge. The court likens preparation of such videos for production to redacting text records.

‘[I]n video-editing terms, what (Hayward) did was not substantively different from using an electronic tool to draw black boxes over exempt material contained in a document in electronic format,” the ruling says. “What (Hayward) did was simply perform redactions of an otherwise producible record, albeit through technologically more advanced means.'”