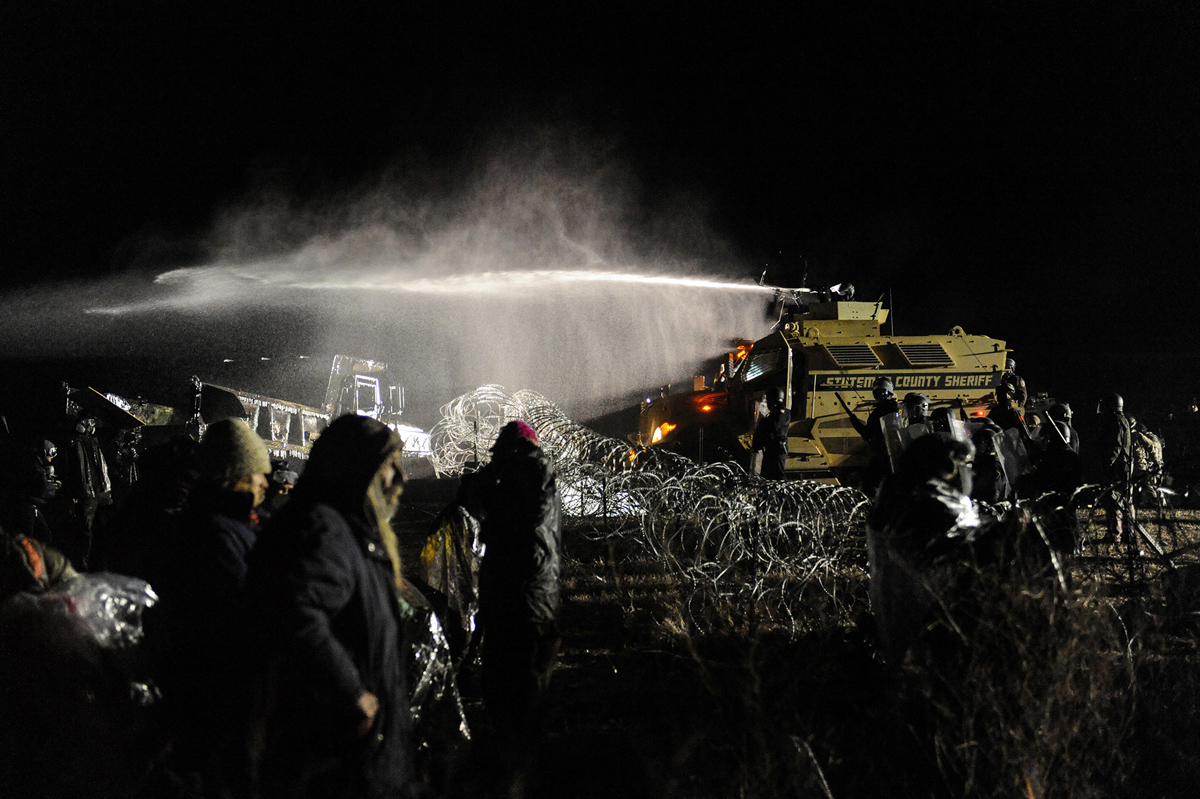 posted by admin on September 23, 2020 in Uncategorized

On  September 10, 2020, in a long-awaited ruling, Judge Daniel Traynor allowed Dundon et al. v. Kirchmeier et al., the lawsuit challenging law enforcement’s Nov. 20, 2016, attack on water protectors on Backwater Bridge with firehoses, impact munitions, grenades and teargas, to move forward with discovery. The case had been stalled for more than two years after Morton County and other defendants filed a motion asking the court to dismiss the case. Read WPLC’s press release here.

We Need Your Information

Dundon v. Kirchmeier is a federal civil rights lawsuit challenging police violence on the night of November 20-21, 2016, at Backwater Bridge, near the Oceti Sakowin camp and the site of the DAPL pipeline in North Dakota. The case was filed on November 28, 2016, in federal court, as a class action lawsuit on behalf of all persons who were injured by law enforcement that night.

Plaintiff Vanessa Dundon is a member of the Navajo/Diné Nation who was shot in the eye with a teargas canister that night, suffering a partial vision loss. She and eight other named Plaintiffs represent a class of several hundred water protectors who were injured by high pressure fire hoses, explosive grenades, chemical agents and impact munitions while peacefully protesting and engaging in prayer in opposition to the Dakota Access Pipeline. The lawsuit is asking for monetary compensation for everyone who was injured, and changes in law enforcement practices to stop this from happening again.